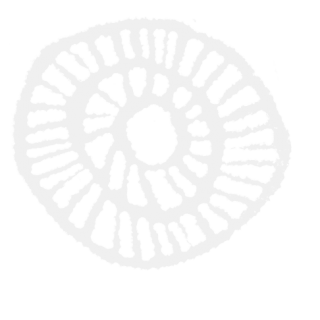 If all the businesses in the world, large and small, adopted fair trade principles, this would be a revolution that would wipe the ugly smile off exploitative globalisation and perhaps give trade a better reputation for helping emerging economies.

At Pashin’ we decided that if we could, with our customers’ support, afford to give something extra back to a country where we produce our clothing then we should. So we launched Pashin’ Sparks in 2014 in partnership with Maiti Nepal and founder, well-known social worker Anuradha Koirala in Kathmandu, Nepal.

Pashin’ Sparks is a project to pay for the higher education of formerly trafficked or at-risk young girls to a university degree level. Two girls were selected by Anuradha Koirala to win the scholarships offered by our little family business.

Both girls, Ankita and Henisha have successfully completed year 11 and 12 studies (higher secondary) and are now their last year of university. The goal is to support the new generation of educated and talented young women, from within the ranks of those previously trafficked girls, so they can advance the goals of Maiti Nepal and strengthen their fight to stop child trafficking in Nepal.

University education for poor girls in Nepal is very rare, and for trafficked girls it is almost unheard of. (Maiti Nepal can support these girls through to a grade 10 secondary education in their excellent school).

So this was the way we decided to help Nepal and at the same time support social justice for the women and children most vulnerable to exploitation. Our contribution to the two scholarships for 6 years (two years of higher secondary and four year bachelors degree) is about a total of 16,000 euros.

The budget for Ankita Shah and Henisha Shahi’s completed two years of higher secondary schooling and next four years of Bachelor studies: 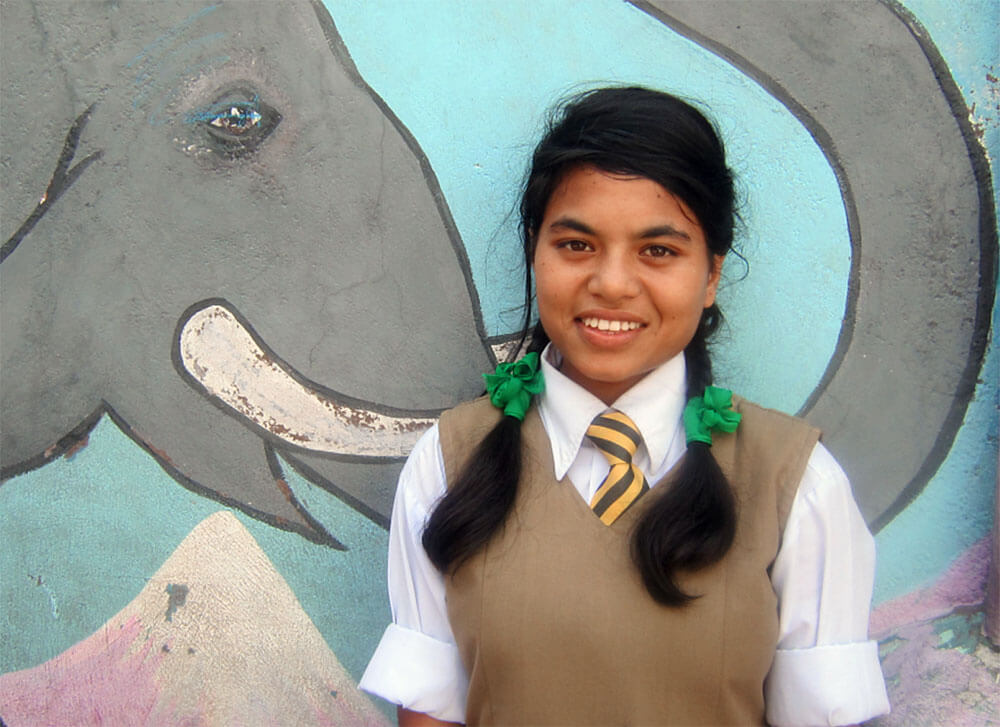 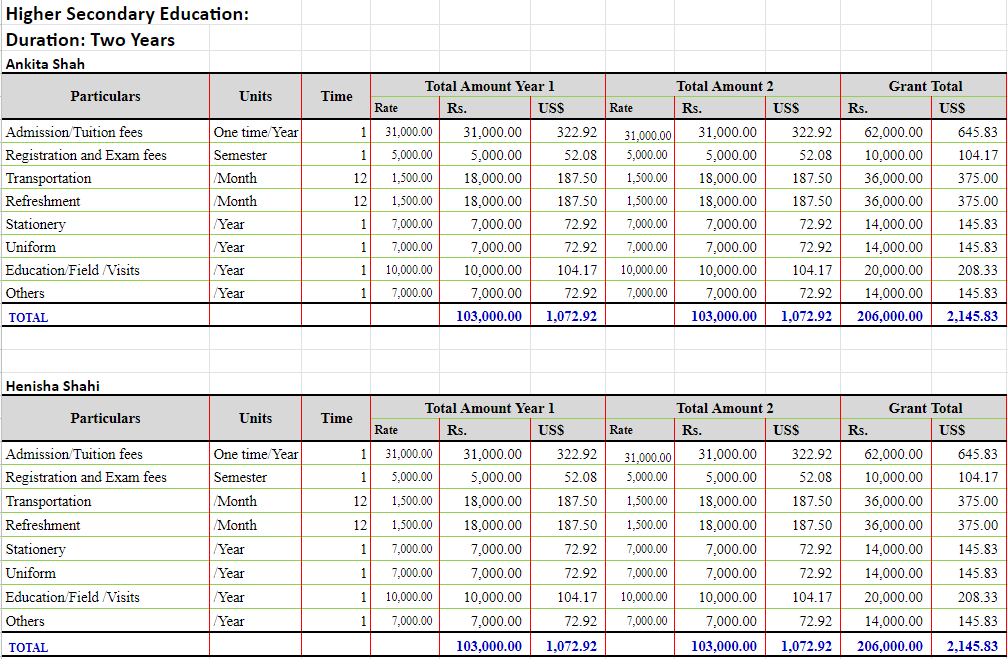 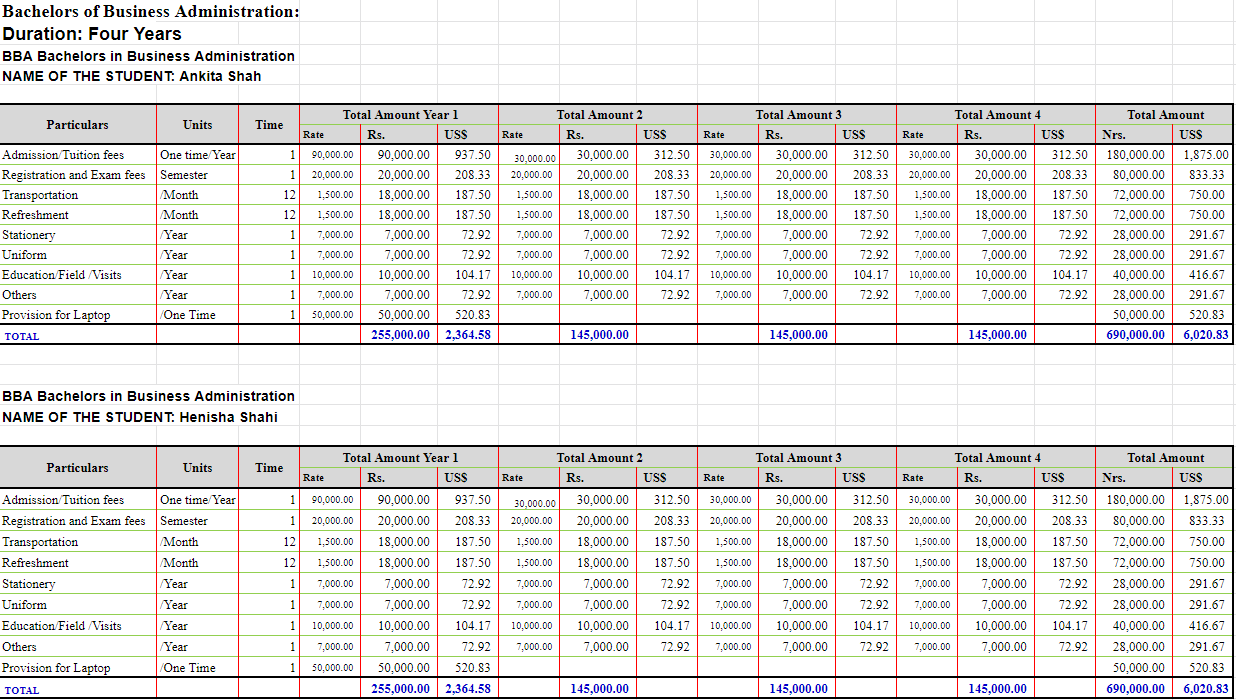 Who Are Our Partners, Maiti Nepal?

Maiti Nepal was born out of a crusade to protect Nepali girls and women from crimes like domestic violence, trafficking for prostitution, child prostitution, child labour and various forms of abuse, exploitation and torture. In 1993, a group of socially committed professionals, including teachers, journalists and social workers formed Maiti Nepal to fight against the social evils inflicted upon the female populace.

Its focus is centred on preventing trafficking for forced prostitution, rescuing victims of the flesh trade and rehabilitating them. This social organization also actively works to provide justice for the victimized girls and women through criminal investigation and waging legal battles against the criminals. Since its inception, it has drastically highlighted trafficking issue with its strong advocacy from the local to national and international levels.

Who Is Anuradha Koirala?

Anuradha Koirala, lovingly called Dijju (elder sister) was born on 14th April 1949. Mother Teresa has always been her main source of inspiration. She spent more than 20 years teaching children at various schools around Kathmandu. Even though this brought her great satisfaction she realized that she had a bigger personal calling to fulfill. Children, girls and women were being trafficked within and from Nepal for commercial sexual exploitation. Therefore, in 1993, Ms. Koirala founded Maiti Nepal with the aim of providing services for both children and women who have endured untold pain and suffering, often in silence.

After establishing Maiti Nepal, her first work was setting up a home for those who have nowhere else to turn to. Now, Maiti Nepal has three prevention homes, eleven transit homes, two hospices and a formal school. More than 1000 children are receiving direct services from Maiti Nepal every day.

So far, Anuradha Koirala has been awarded dozens of national and international awards in recognition of her courageous acts and achievements furthering the cause of children’s and women’s rights.

Her achievements include liberating girls from brothels, providing ART before the government of Nepal could initiate this process. Due to her campaigning, Nepal now recognizes September 5, as Anti-trafficking Day. Ms. Koirala was also appointed as Assistant State Minister of Women, Children and Social Welfare. In 2018, Koirala was appointed Governor of Bagmati Province, where Kathmandu is located. Bagmati is one of the seven provinces of Nepal and is the most populous, bordering Tibet in the north and Bihar in the south. 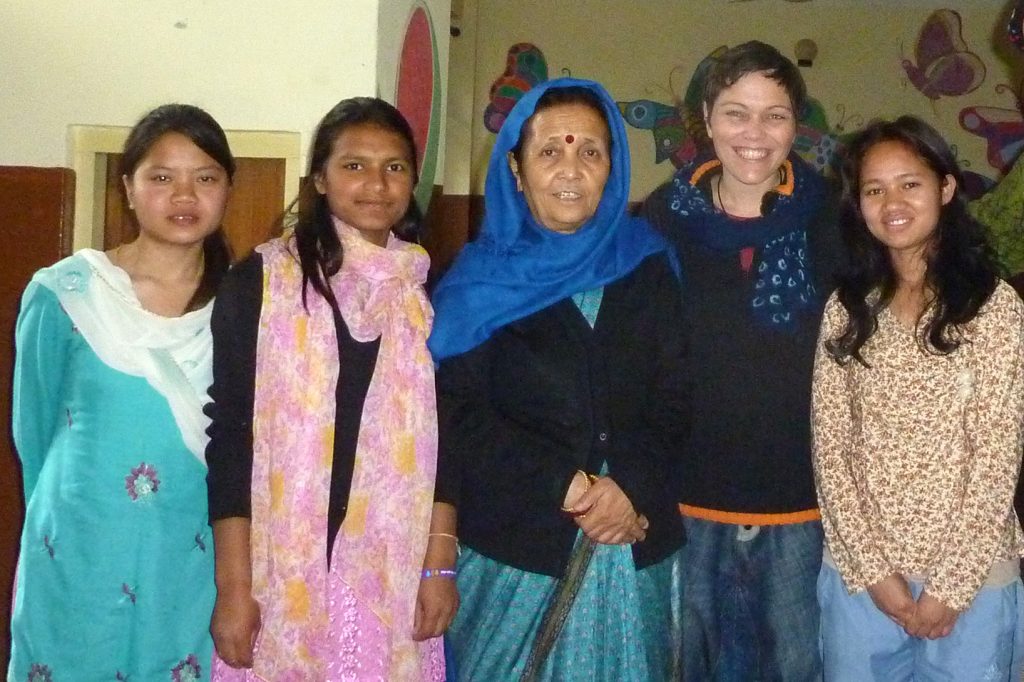 Ms. Koirala loves spending time with children; they say that they get the warmth of a mother and a father from her.

In 2010 she was declared a CNN Hero as a result of her struggle to fight the social evil of human trafficking.

Here is the CNN article about Anuradha Koirala’s fight to stop child sex trafficking from Nepal:

If you as an individual, small business or a large company would like to contribute money to helping sponsor a previously trafficked girl to get a university degree, please send an email to Chris and Mateja at Pashin’.  Even a small donation will help and should you wish to sponsor a girl alone or with friends, the commitment is for six years, two years of college and four years of university.  The budget we have for six years was compiled by Maiti Nepal and is a full scholarship for each girl.

Just by buying clothes from us, you are contributing a percentage of the price to this project! 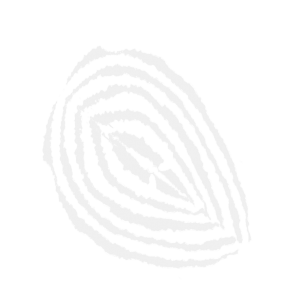 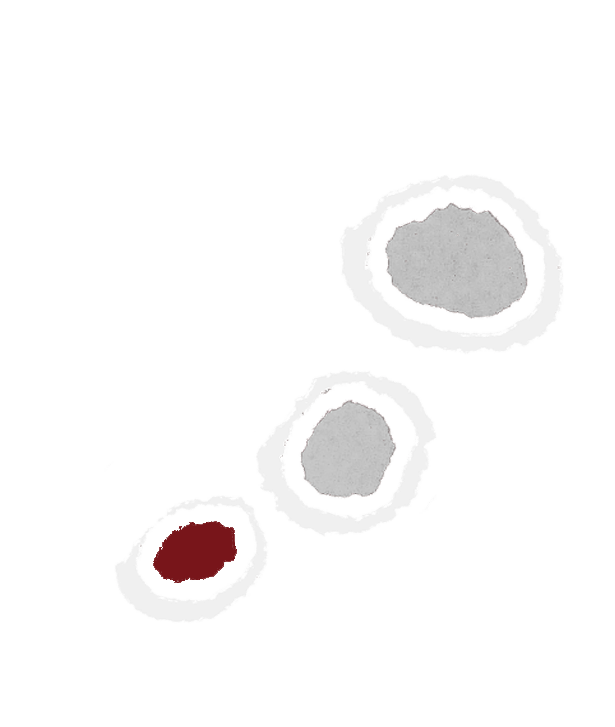